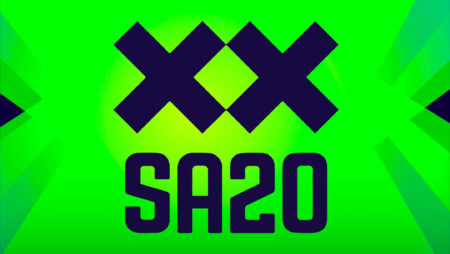 We will continue the excitement of SA20 League at Rajabets in 2023! Players are looking forward to yet another exciting tournament waiting for us. In this article, where we will examine the details of the tournament, players and teams, you will be able to place player, in-match and pre-match bets for the SA20 League with bonuses at Rajabets. SA20, a franchise Twenty20 cricket league in South Africa, we will examine the inaugural season of 2023. The tournament is scheduled to be played from January 10 to February 2023. In August 2022, the original name of the league was determined as SA20. The SA20 cricket league, whose inaugural season will begin in 2023, will be played in South Africa. There are 6 teams in the SA20 League, and the other season will be played in 2024.

Preview of the League

Besides these, Sunrisers Hyderabad owners bought the Gqeberha franchise, Rajasthan Royals owners bought the Paarl franchise, and Delhi Capitals owners bought the Pretoria franchise. In this way, it would not be wrong to say that the SA20 League will approach the excitement of the Indian Premier League. Many people are already counting the days for the South African cricket league, where competition and excitement will always be at its peak. In this new CSA T20 league, each team can have a total of 17 players, with a maximum of 7 overseas players. In the opening season of SA20, each team will play against the other twice (home and away). A total of 33 matches are planned in the tournament, including two semi-finals and a final.

The teams filled their roster through the September 19th auction. The most expensive player at that auction was Tristan Stubbs of the Sunrisers franchise at $520,000. Faf du Plessis, who is known to many from the Chennai Super Kings team in the IPL, will be the head coach of the Johannesburg Super Kings. Another player of the Chennai Super Kings, Albie Morkel, will be the assistant coach of the team. Johannesburg Super Kings coach Faf du Plessis said the Auction was a success and added value for the league. He said that this competitive environment will both increase the quality of players in the cricket league and have many advantages globally in terms of awareness of the sport. Faf du Plessis, who stated that they continue their training intensively, said that they look forward to January 10 and the opening of the League.
The 6 teams in the tournament are as follows:

Robin Peterson, general manager of MI Cape Town and former South African spinner, stated that the sport of cricket is breaking barriers and going global, attracting more attention, that the SA20 League is a tremendous opportunity for both the sport and South Africa. He stated that if the league’s potential is used correctly, it has very positive aspects for the country. Stating that it fuels the fighting spirit, Peterson added that if cricketers can show their skills in the league, they can get many offers and at the same time, they can market the SA20 league in the best way. We know some team coaches from other leagues. Team coaches are as follows:

When we look closely at the batting coaches, we can see many familiar faces;

SA20 League as a live broadcast seems to have some problems for now. The fact that an agreement has not yet been reached in the broadcast tender raises a question mark for viewers and fans. You will be able to log in to the Rajabets TV site, which is the platform of Rajabets and where you can watch all matches for free, and you will be able to watch it completely without freezing and in high quality. The price quoted by the Indian broadcasters seems to be far from the price CSA is asking. CSA; Held meetings and talked with platforms such as Sony, Zee, Viacom, and Amazon, but none of them were positive. The SA20 League auction was broadcast in India by Reliance-backed Viacom 18’s Sport18, Voot and JioTV.

While preparations are being made for the SA20 Cricket league, which is awaited by many viewers and cricket lovers, Rajabets is also preparing surprises for the players. Thanks to Rajabets TV, the licensed betting site, which provides uninterrupted broadcasting to players, also comes with many events and bonuses to players and cricket lovers.
We will experience the excitement of the SA20 League at Rajabets, which is always the favorite of the players with its wide betting options, bonus and support services. The players, who are waiting impatiently for the South African league SA20, which promises a competitive league to people and sports lovers, spend their time with T20 and other tournaments for now. 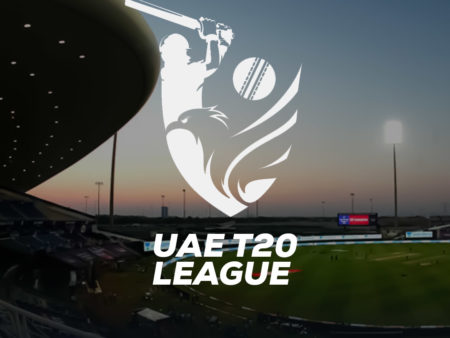