ICC’s World Test Cricket Competition – A Thriller on the cards 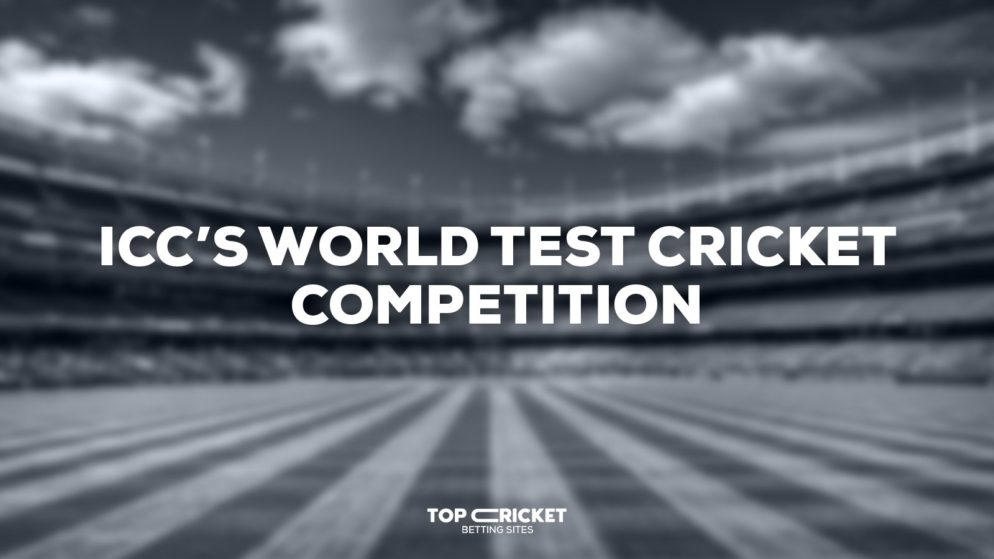 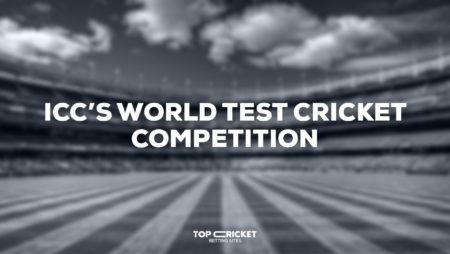 Noticed the world test championship making sounds around? Yes, it’s indeed a reality now. If not for the pandemic cricketing fans may have decided on who the champions are. The tournament is held between the second half of 2019 till mid-2021 over two years. The itinerary before was the final to be hosted at the Lords, shifted to Southampton.

With nine recognized Test-playing nations at different conditions, the World Test Cricket contest is a thriller on hand. It is far different from the modern star-studded T20 games and the fan-filled limited over matches. Less noise, deeper insight into the facts about every aspect of the game over five days is a challenge, isn’t it?

Is placing a bet in Test Cricket an odd one?

One must know the intricate aspects like player’s ability, turf conditions, team structure, and the matches head-on in the past. Also, the first bet is successful does not mean the second will be too. Since the nature of the play changes, the value of the betting also. So, you need to be clear on the best choices from all dimensions to win a bet.

Captain’s call, nothing less than a game-changer

The skipper must deliver from a 360-degree perspective. He must decide at once to go for a draw or strike hard for a result. What the right bowling combination is when the track is bouncy and when it is spinner-friendly, whether to use a speedster or a medium pacer is the ideal to roll their arm over, these are some hard decisions. The batting order from the top to the tail-end is a tough choice for the captain and solely dependent.

The game toggles between the bat and the ball. Early morning conditions favoring the pacemen and the behavior of the pitch post-tea is different. The captain is the pilot with informed consent who must decide the course. With no advantage of a neutral venue, the job is even tough.

The ranking system in Cricket was much dependant on a limited version with momentary twist and turns driving the result. Not much for the ultimate talent to display.

A longer format is the best judge on how well a batsman sustains or a bowler does under uneasy conditions. It was all fight and flight mode the sport was heading. The same followed to rank the team and the players like a sprinter on the field.

This concept was about to be realized way back in 2013. But the Champions Trophy schedule disturbed its inception. It later came under the scanner for being fast-paced and excitement-oriented. The first clash for the crown was the Ashes series in 2019 that marked the beginning.

It is a credit to win the toss first!

In the world test championship, the limited versions of the game are dependant more on the toss. If the winning captain has promising bowlers on his side, he may opt to put the opponent into batting first. Get them all out for low scores before chasing the target with ease.

In a high-scoring match, the winner would for a big total on the scorecard first. As the pitch starts helping his spinners during the subsequent days, the team that bats second comes under pressure.

A draw is not a case always!

Gone are the days of patience to bat for all day along and umpires driving the men back to the pavilion for a drizzle. Better ground staff, field conditions, and risk-takers who are youth give results.

Uneven turf that may behave randomly, casual bowlers who may turn game changers, and batsmen in the tail who may hit a ton all fetch a result.

Pros that drive the front-liners

The Aussies have the right mix of bowlers in their armory. Starc, Cummins, and Lyon are equally dangerous. Steve Smith up in the order is a heap runs.

Bangladesh has formidable spinners in their side who are match winners. Shakib Al-Hasan is undeniably an all-rounder best suited against any opponent.

England poses a challenge to any team with their level of pre-match plan. Ben Stokes creates damage to any side with both the bat and the red ball.

India poses a sensible batting line-up. Kohli is one of the performing stars. Kiwis are known for their team effort at all stages of the game led by Williamson.

The two other Asian teams are no less. Mohammad Abbas is a key pace bowler for Pakistan. Kusal Perera is a wicket-taker for the Lankans are guys the betters must watch. Proteas gear up well ahead and better than others. Carribeans ensure one in-form paceman always.

Cons that could be potential spoilers

Things work only if Mitchell Marsh plays for the Aussies till the end as one of the best all-rounders. Bangladesh hasn’t demonstrated its ability to win overseas. Anderson and Broad don’t have the ideal replacement yet. It’s a short while before they bid adieu.

India, though victorious recently, aren’t great players in bouncy pitches. Kiwis always struggle to find that key ingredient either with the bat or the ball. It is all managerial inability while choosing the team that’s hurting the Pakistan team.

The Lankans don’t have a rock-solid batsman like Mahela or Sangakara. Talent walk-out towards county cricket is affecting the Proteas. The Caribbean stars like Pollard and Bravo incline more towards the twenty over format.

So the ideal and trustworthy ones to bet on

It is none other than India! Being a team that could rise to the situation from any position, a better can place it on India.

Ashwin and Kuldeep have proved their worth. Pujara and Rahane are reclaiming Dravid’s legacy as the new ‘Wall’ for the team.

Rohit Sharma is a sensation at the top indeed.

The result revolves around the trio!

The world test championship is in no way another easy clash. It is going to decide the best team for the next few more years. The titleholders are more likely to be among England, Australia, and India.